Whoopi Goldberg recently celebrated her 67th birthday. At this point, her life is going splendidly. The great-grandmother of one gave up her rustic farmhouse since living in a bigger mansion and was said to have fallen in love secretly with a 90-year-old billionaire.

Famous movie actress Whoopi Goldberg is now 67, and much about her life has changed. However, one thing that will never change about this spectacular actress is her uncanny ability to set things straight when she believes there has been a mistake.

Last month, a review about “Till,” the biopic she acted in, claimed that Goldberg enhanced her looks for the role by donning a fat suit. Goldberg responded not long after on an episode of “The View,” rejecting the statement.

During her appearance, she referenced a line from the review and cleared the misconception. She said that how the writer felt about the movie was not something she cared about and then categorically stated that she was not wearing a fat suit.

Goldberg added that it was fine if the writer did not like the movie, but they needed to leave people’s appearances out of it. She advised:

“Just comment on the acting, and if you have a question, ask somebody.”

Goldberg said she hoped the writer did not know and advised them to avoid using blanket statements because it makes them look ignorant of their tasks.

Her sentiments were supported by her co-hosts, including Sunny Hostin, who talked about the health issues that Goldberg had endured these past few years. Hostin recalled how Goldberg had been very sick in the hospital and advised the writer to “do your research.” She added:

“Research is important, receipts are important, and I’m just so surprised that she would write this review knowing the health challenges that you’ve experienced and that, thank God, have gotten over, most of them, over three years.”

The magazine that shared the review, The Daily Beast, has since taken down the quote and added a disclaimer at the end, stating that Goldberg has admitted she did not have a fat suit on. It is not the first time the actress has been honest with her opinion.

Some time ago, Goldberg decided that she could no longer commit to being with a man and would focus on her family instead.
Earlier this year, she got involved in a controversial topic that led to a temporary change. She got suspended for two weeks from “The View.” As a result of commenting on the Holocaust, people did not agree.

She apologized for what she said but had still been suspended, to the shock and anger of her co-hosts. After two weeks, she returned to the show and declared that there would be more tough conversations partly because it was what the hosts were paid to have. Goldberg said:

“And in part, because this is what we were hired to do. It’s not always pretty. And it’s not always as other people would like to hear, but it is an honor to sit at this table and be able to have these conversations because they’re important.”

As it was earlier mentioned, many things have changed for Goldberg. One of those things includes her choice of homes. In 2011, it was reported that the talented actress listed her Vermont country home for $2.3 million.

The historic edifice was built in 1790 and measures 6,100 square feet on 745 acres. The whole estate is strategically located mere minutes away from lakes and skiing.

Before it was listed, the home was renovated and was made perfect for hosting and entertaining guests. The building has antique hardwood floors running throughout, four fireplaces, and three ensuite bedrooms.

The divided wooden thermopane windows, a double garage, and an automatic generator were added during the renovation. A two-bedroom bunkhouse was also built separately from the living facilities and generator.

French doors provide a view of the gardens and pasture, and there is a barn with a walk-in shed and two animal pens. All in all, it is a haven that anybody would have wanted to keep.

Still, giving up such a beautiful place may have been easy for Goldberg to do as she found another mansion that afforded her the privacy she had come to treasure. 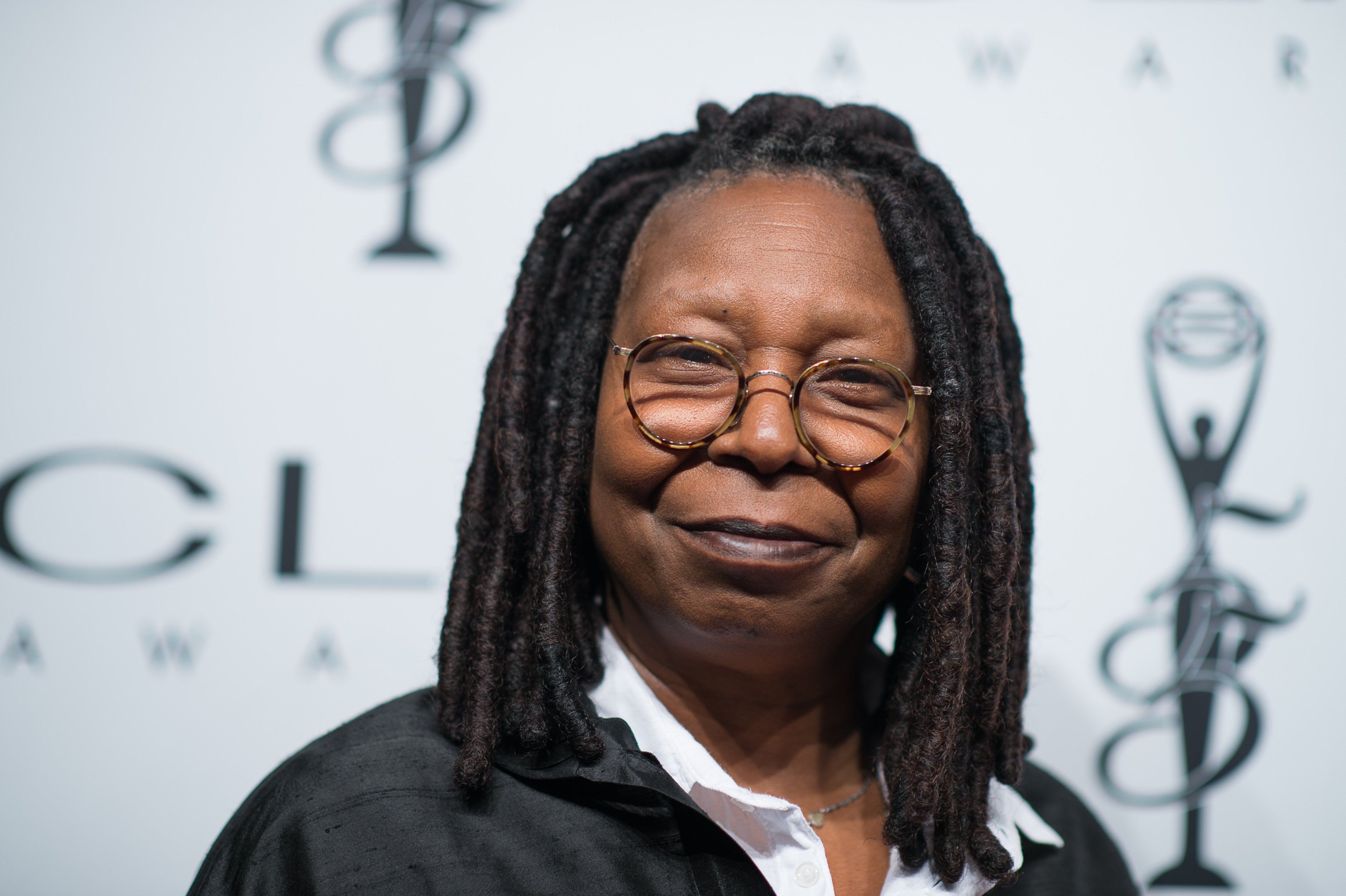 She found a Georgian Colonial-style mansion she purchased in 2009 for $2.8 million. The mansion, which is now estimated to be worth at least $3 million, is measured at 12,713 square-foot and is situated within a gated community 425 acres large.

The luxurious mansion has eight bedrooms, seven bathrooms, a kitchen with granite countertops, beige cabinets, an island, and windows to let in natural light.

Great-Grandmother at 58
Goldberg has led an eventful life up until now, and it is not just her external changes like moving homes that she has experienced. There have also been significant changes in her personal life.

At age 34, she welcomed a granddaughter through her daughter Alex, who gave birth to Amarah Skye. She later welcomed another granddaughter, Jerzey, in 1995 and a grandson, Mason, in 1999.

At 58, Goldberg became a great-grandmother for the first time and shared the news via her page on Instagram. She posted footage of her feeding the newborn, Charli Rose, with a feeding bottle. The activity made her nostalgic, and she pointed out how she had not fed a newborn in almost four decades.

Since Charli was born, Goldberg has been working hard to be an excellent great-grandmother to her. Having welcomed her first and only child Alex Martin, at 17, she admitted she was not the best mom but had been making up for it by being a great-grandmom to Charli.

Dating a 90-Year-Old Man
Some time ago, Goldberg decided that she could no longer commit to being with a man and would focus on her family instead. That seemed to have changed as well. The cat was let out of the bag by Amara, her granddaughter, who admitted in an episode of “Claim to Fame”:

“She had a boyfriend that was like 90 years old, and she used to go hang out with him.” 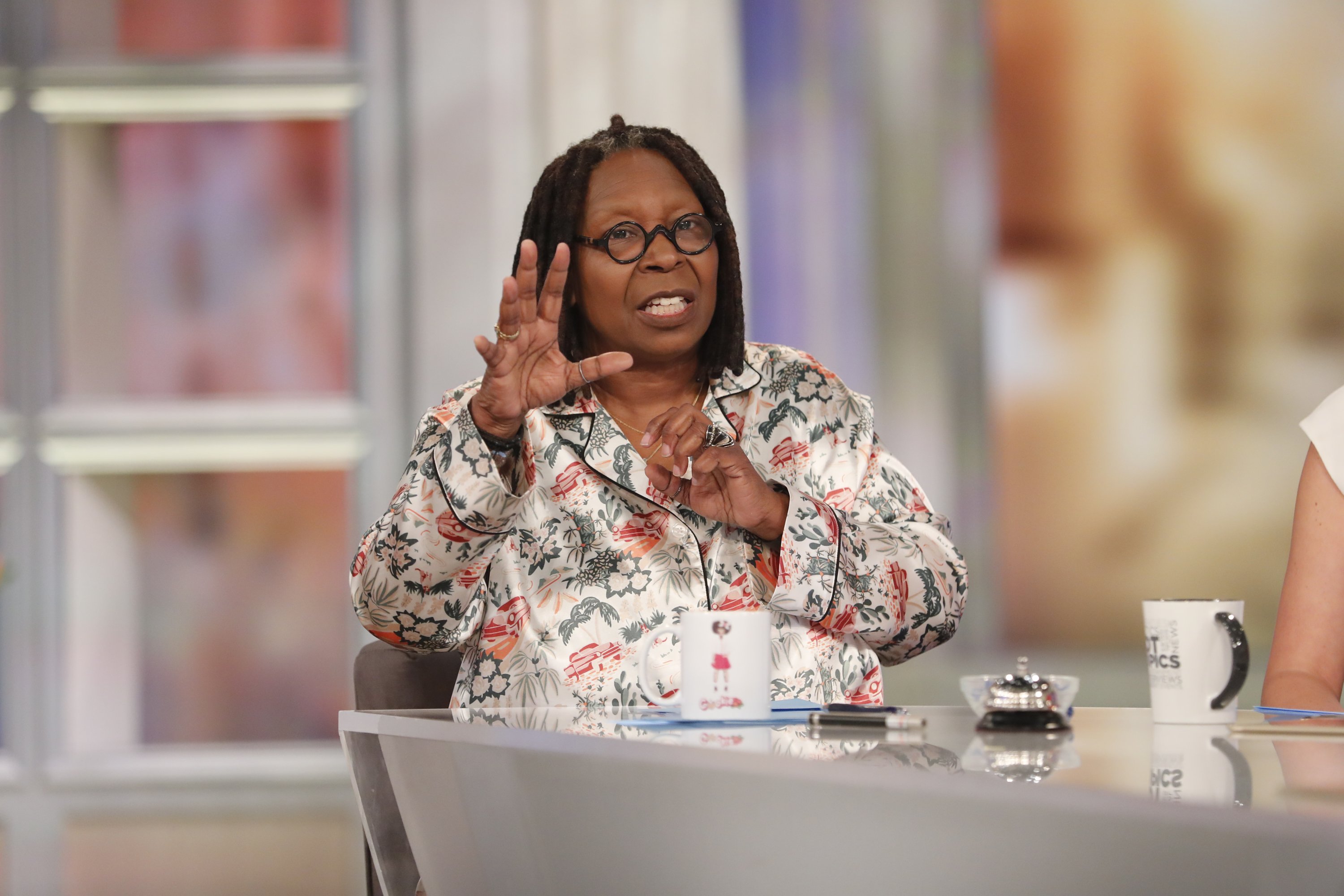 Amara revealed his name was John, a billionaire. According to the chatty Amara, Goldberg used to sneak off for conjugal appointments randomly.

Goldberg has said nothing about this mystery man, but if she ever does, her fans will have a field day. The actress has been married thrice but was never emotionally invested in any of them. Perhaps this billionaire nonagenarian has cracked the code those men could not..