A childless rich man adopts a young boy who wishes to pursue his dream of becoming a restaurateur. One day, the grown-up boy decides to buy an old cafe and is shocked to discover his late bio dad’s photos in frames there.

The screeching sound of the stretcher wheels, the noise of doctors rushing in and out of the emergency room, and the pale hue of the lifeless skin made up Darrell’s memories of his late father, who was all he had.

After that, all he remembered of his early childhood was living in a stinky, old building with a lot of other kids, which they called a group home. The kids there were nasty, brutal, and constantly teased him, and Darrell would clutch his father’s photo and cry, telling him how much he missed him.

But everything changed one day. A man with a stern face but a kind heart and a woman with the gentlest smile came to meet him and asked if he wanted to be their son…

Darrell was ten years old back then, and he smiled as he looked at them with his big curious brown eyes. “If I said yes, would I get an ice cream?” he asked. “Chocolate is my favorite!”

The man, Stewart, laughed and said, “You’ll get the best of everything, boy! You’re going to have the best home as long as YOU want it. So would you like to come with us?”

Darrell nodded eagerly. “I want some love, too,” he said. “I miss my daddy…”

Stewart and his wife, Maria, were wealthy, but childlessness made them feel empty. Darrell filled that void. They needed him more than he needed them, and they went on to become a happy family.

Darrell had a wonderful childhood. He had loving parents and a wonderful home. He had the best birthdays and got everything he wished for. But when he became a teen, those loving, carefree days were replaced by a strict upbringing. 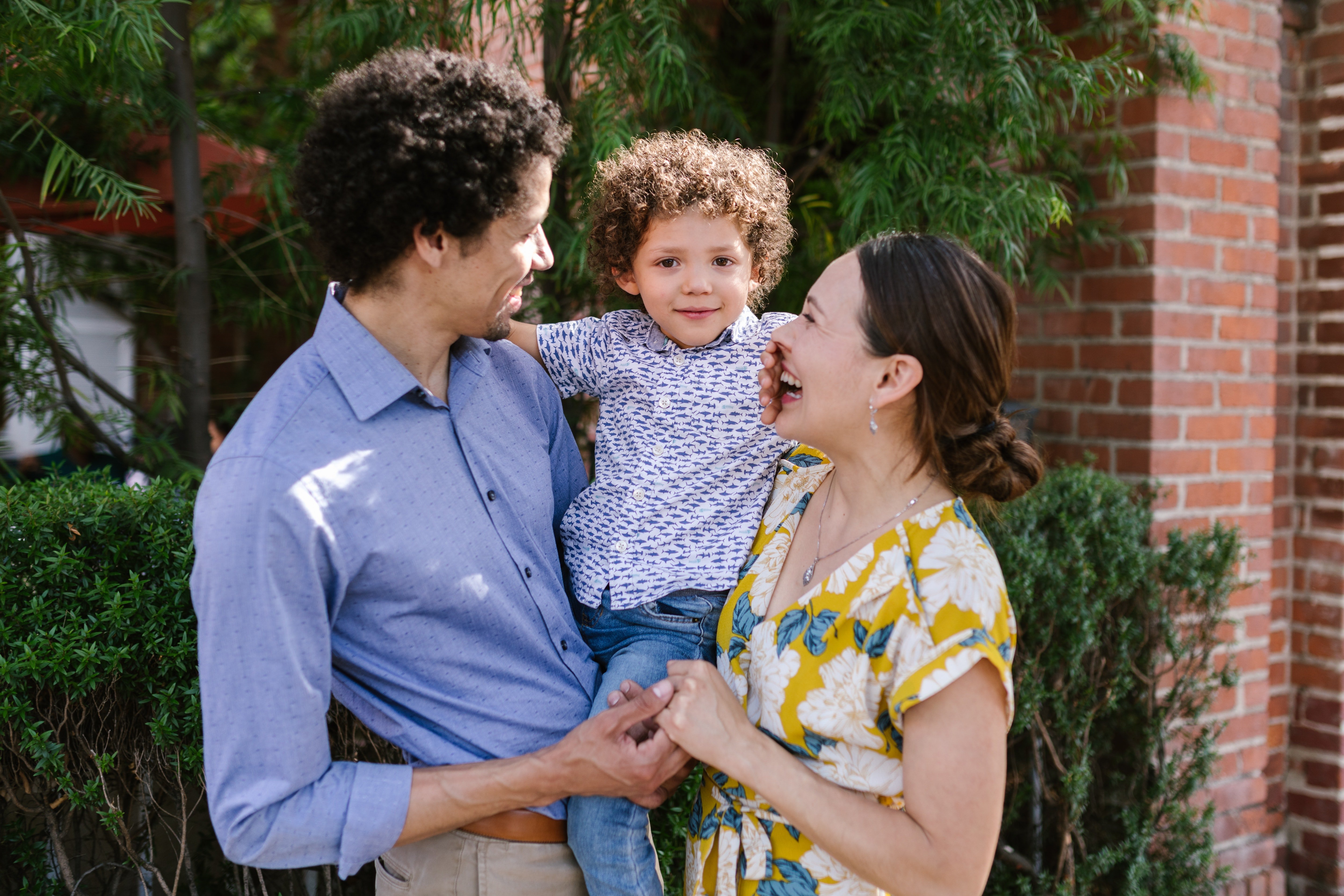 For illustration purposes only. | Source: Pexels

Darrell’s adolescence was defined by studies, studies, and more studies. Stewart wanted him to follow in his footsteps, make money mindlessly, and pursue his dreams, and that’s exactly what a grown-up Darrell wanted.

After graduating high school, he pursued business studies, and by the time he graduated from college, he was a different person. The Darrell who needed love was gone. All the grown-up boy now wanted was a successful career as a restaurateur, and he told Stewart he had his sights set on an old cafe in the town’s west.

“Dad, I want to buy that cafe,” he insisted. “Given its dismal state, a few hundred thousand dollars is the minimum it’ll need for renovation, and I need your help.”

Don’t lose yourself in the face of success.
“I admire your enthusiasm, son, but aren’t you rushing the decision?” asked Stewart curiously. “You’re fresh out of college. How about spending a few days here with me at my company?” 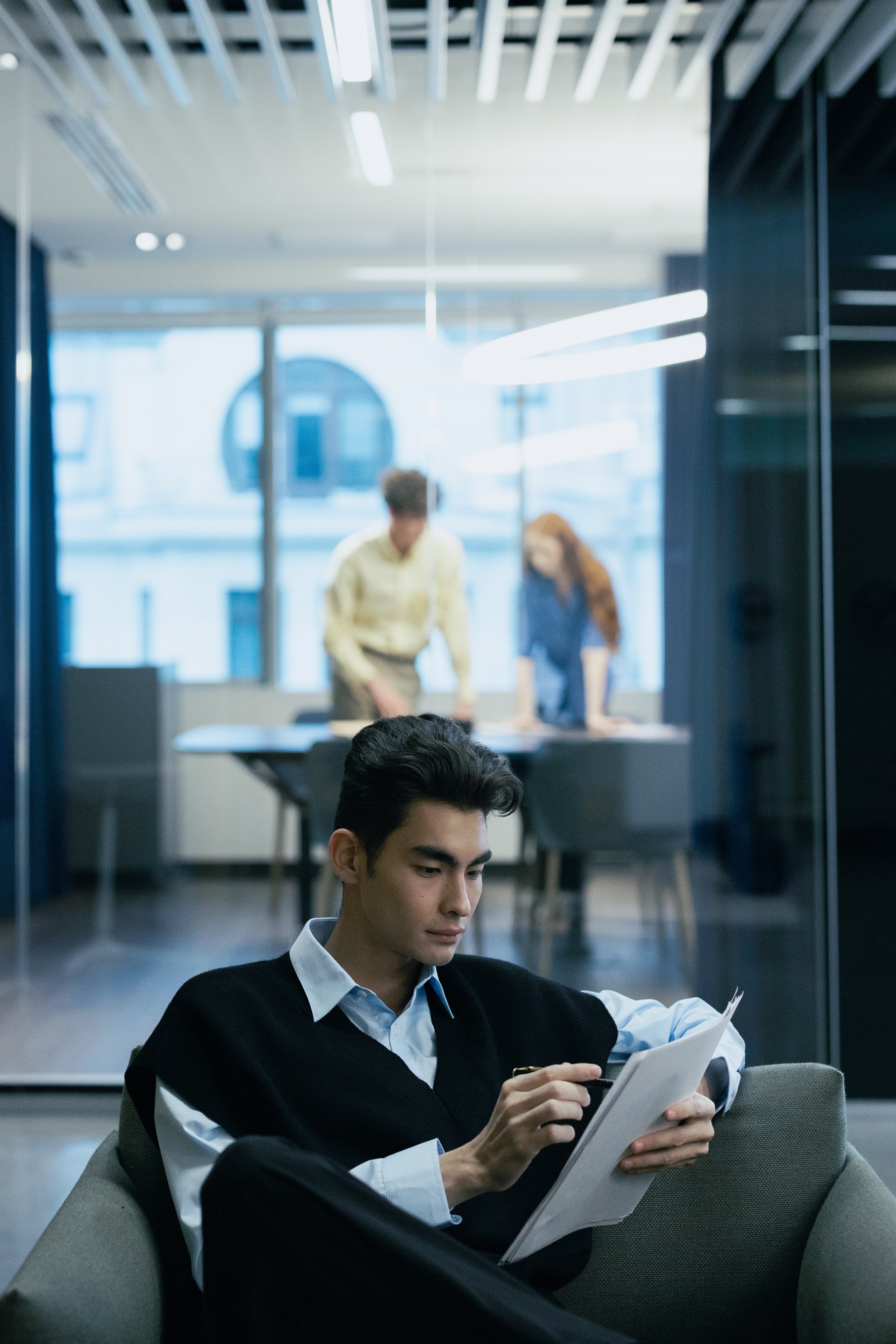 For illustration purposes only. | Source: Pexels

“That would be ridiculous!” exclaimed Darrell sternly. “I need to get that cafe! Dad, come on. You’re the one who taught me how to compete for what I want. All I’m asking for is assistance, which we discussed before I started college.”

“All right, all right,” Stewart said with a slow nod. “You know what, Darrell? You’re going to end up like me. Successful. I’m very proud of you! You’ve got the fire in your eyes. Let’s discuss it with Mr. Farrel, and then we can plan a tour. What do you think?”

“No need, dad,” said Darrell, jumping to his feet. “I filled Mr. Farrel in on all the details, and he must be waiting for me. We’re going to look into it right now. Before that, I just wanted to give you a heads-up. See you later, Dad.”

And off Darrell went to the cafe with Stewart’s secretary, Mr. Farrel.

The young man stepped out of his car, taking in the red bricks and broken neon lights that hung outside the old structure. The cafe looked old, very old.

When he and Mr. Farrel stepped inside, the sight was no different. People who appeared to be beggars or homeless, dressed in tattered clothing that accentuated their scruffy appearances, filled the entire space.

Darrell approached the man behind the counter, who appeared to be the owner. The older man looked up at him and grinned.

“Are you the owner here?” Darrell inquired, handing over his father’s business card.

The old man frowned. “And who are you?” he asked angrily as he read the card before he continued, “I’m Harvey, and I’m here to tell you that this place is not for sale! Never! I’ve had people from large construction companies come here, and I don’t want to sell it!”

“Why would you want to keep running the place when it’s clearly in shambles? We could discuss the terms and—”

Harvey yelled. “This may be just a business to you, but for several people who can’t afford good food elsewhere, this is home, boy. I’ve worked here for more than 60 years, and I’m not going to sell it to a rich man’s son, not even after I die!”

“Oh, just a minute!” exclaimed Darrell as he approached the picture-lined wall behind Harvey. He took down a particular photo frame, and tears welled up in his eyes.

“This man?” he inquired, pointing to a man smiling in the center of the group photograph. “Who is he? Why is his picture here?”

“He was a good man, unlike you,” Harvey snarled. “He worked for the underprivileged. He didn’t have any money, but you know what he did have? A heart of gold! Now, get lost!”

“Dad,” Darrell said quietly. “He was my father… he used to work here?”

Darrell noticed Edward’s pictures proudly displayed on the entire wall. Edward and Stewart were so different, Darrell thought, and he felt a pang of guilt when he reflected on how insensitive he’d been to everything in the way of his success. He couldn’t believe he had been so consumed by his ambition that he would lose sight of others. He had let his late father down.

The next day, Darrell walked into Stewart’s office and informed him that he no longer desired to buy the cafe.

“Dad, I’m going to work there,” he said. “Like a regular employee. I don’t want anything else.”

“What nonsense!” cried Stewart. “What changed, son? You were eager to buy that place. We could bribe those who try to block your way! Think about yourself!”

“My birth father,” Darrell explained. “He used to work there. Dad, he used to work for the helpless, and I want to do something to honor him and make him proud.”

“You’re a fool! Taking that road won’t bring you anything!” Stewart warned. “Stop thinking about it!”

Darrell gave Stewart his credit cards and car keys and went straight to the cafe to work for Harvey.

“You here again?” the older man asked angrily. “You’re wasting your time assuming you can persuade me.”

“You, what?” asked Harvey, stunned.

“I’d like to work here. I can start right away!”

Harvey took a step forward and looked Darrell in the eyes. “You remind me of him,” he said. “Remember the man you asked about the other day? What is your name?”

“Didn’t that man have a son?” the young man reminded Harvey. “I’m his son. Darrell. I have a degree in business, Harvey. We can do wonders together here. Please, let me be a part of this wonderful mission.”

The older man grinned. “I was right,” he said. “I saw tears in your eyes that day, and I knew I was right. What about assisting me as a cashier? We need one. I hate math, by the way.”

“Thank you,” Darrell said, smiling. “It would be an honor…”

That was almost four years ago. Darrell followed in Edward’s footsteps and ended up making both him and Stewart proud.

Stewart had a change of heart after seeing Darrell’s dedication, and he made significant donations to the cafe, which now has more visitors than ever and has become a second home for the needy.

What can we learn from this story?

Don’t lose yourself in the face of success. When Darrell discovered how Edward had dedicated his life to helping the needy, he realized he had lost the real values in life, which were kindness and empathy.
As parents, we are responsible for steering our children in the right direction. Edward’s kind deeds guided Darrell to the right path and made him a better human.
Share this story with your friends. It might brighten their day and inspire them.

If you enjoyed this story, you might like this one about a rich man who attended his poor father’s funeral only to find dozens of kids he had never seen before crying around his casket.